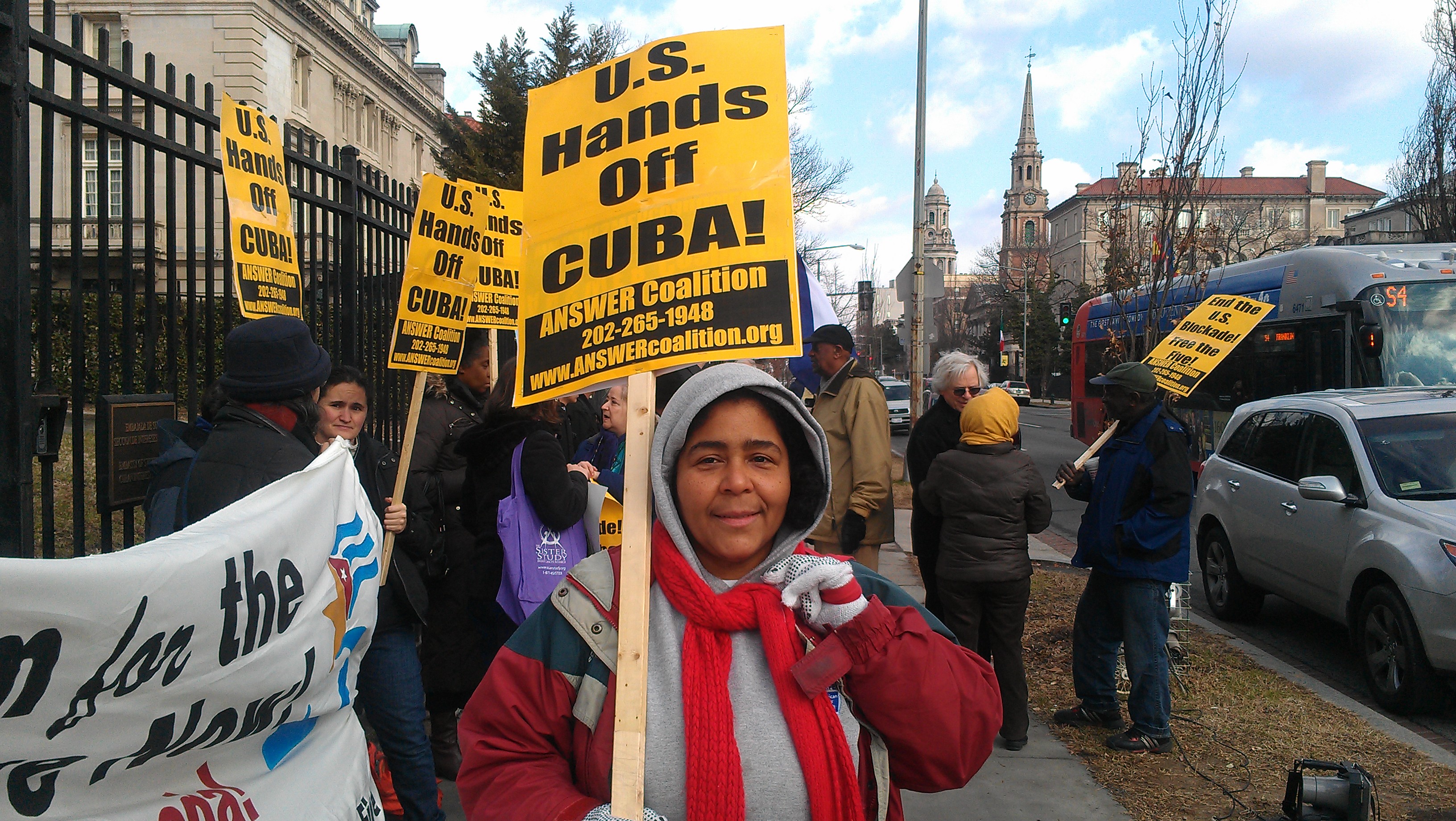 The workers and residents of the District of Columbia signing below affirm their support for the international consensus which demands the immediate end of the 59-year long, unilateral, illegal, deadly blockade of Cuba by the United States. They ask the D.C. Council to join city and state governments across the United States in passing a resolution demonstrating the city’s good will toward the people of Cuba and the city’s willingness to engage with Cuba as equals, with no preconditions, in matters of trade, educational, cultural and technological exchange. The blockade hurts Cuba and D.C.! #UnblockCuba