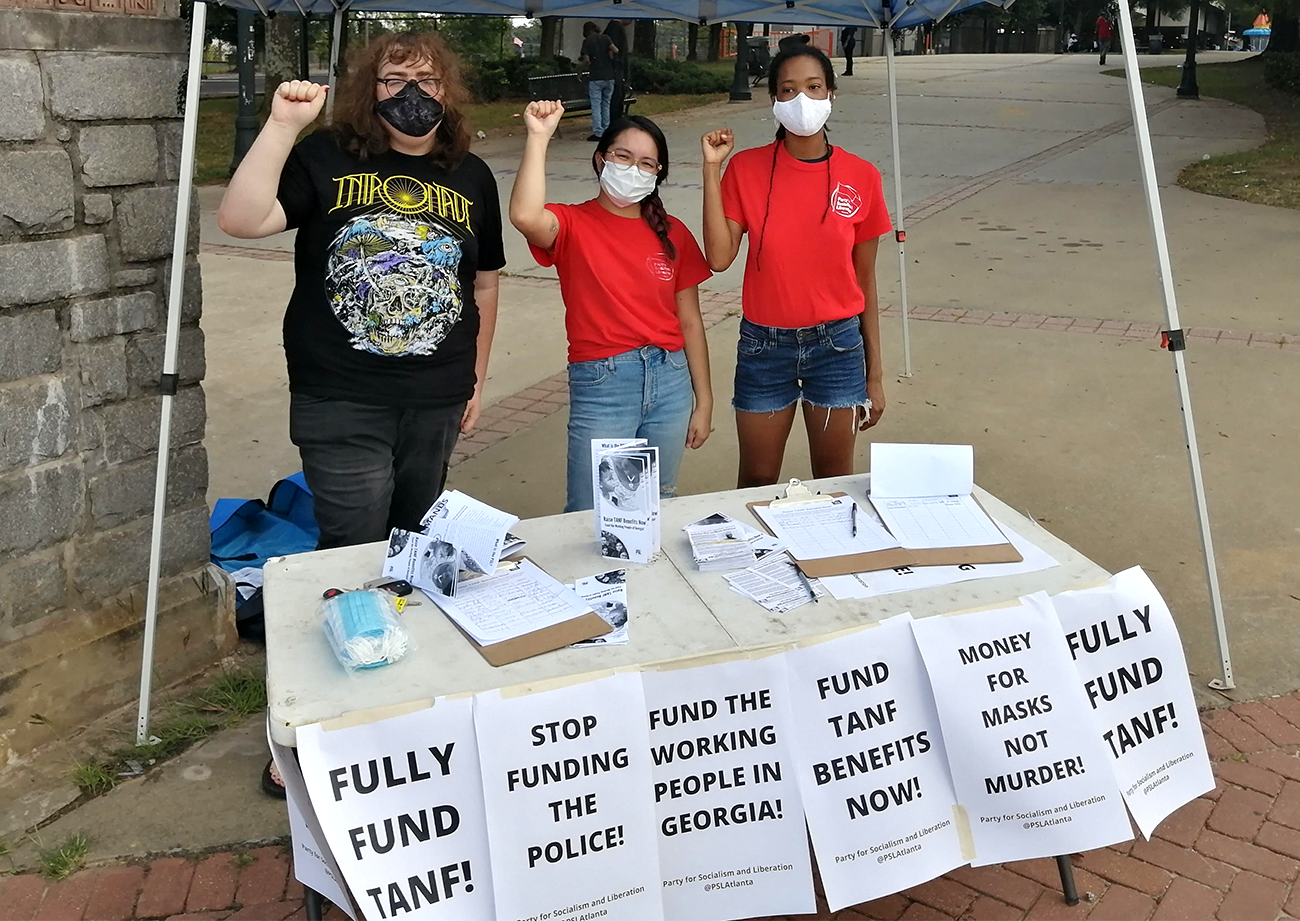 Decent living standards are a human right! The State of Georgia has the ability to raise its Temporary Assistance for Needy Families (TANF) benefits; the resources are there!

The State of Georgia currently has some of the lowest TANF payouts in the country: 45% of the poverty line. This is less than half of what’s considered poor! This has drastically reduced the standard of living for thousands of families and children in the state. This is criminal negligence on the part of the State of Georgia.

There are plenty of common sense solutions. For one, tax the rich! With just a 2% tax increase on people making more than 1 million per year in Georgia could double TANF spending alone.

Defund the police! Put more money towards programs that actually benefit people. For the past 40 years the police in Georgia have seen a 122% budget increase, however there has been an 81% decrease in cash assistance for poor families.

This campaign is endorsed by the following organizations: