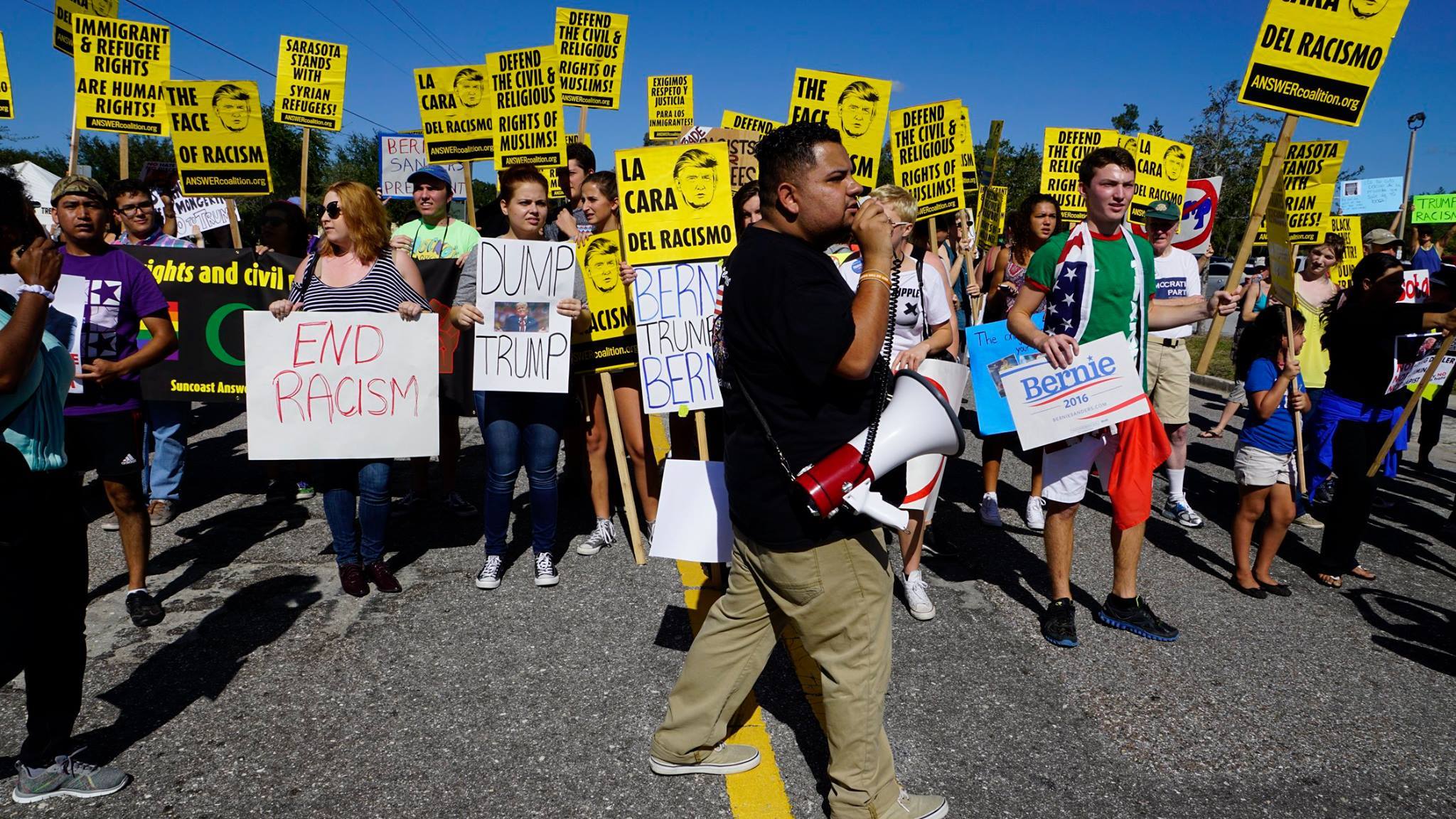 It is unmistakable that the Trump campaign has become the new face of an increasing level of pro-fascist sentiment.

The intense Islamophobia and racism employed by the Trump campaign have resulted in new assaults on refugees, Muslim and Arab American communities, and on civil liberties in general. This wave of demonization has emboldened extreme right-wing fanatics and chauvinists.

In the Southwest, white supremacist gangs have staged armed rallies outside of Mosques in Texas and Arizona. Three people were killed recently when a right-wing terrorist went a shooting spree in a Colorado Springs Planned Parenthood clinic.

New Mexico Gov. Susana Martinez, while describing Trump’s immigrant bashing as “horrible,” is trying to capitalize on it all the same to build support for repealing a state law that allows immigrants to obtain drivers licenses, a battle she’s lost every year since 2010.

The people of New Mexico will not stand by and allow Trump to create a fascist mentality and atmosphere in our state and region. We will stand up against Trump, the racists, the misogynists and the fascists.

We want Donald Trump blocked from traveling to New Mexico!