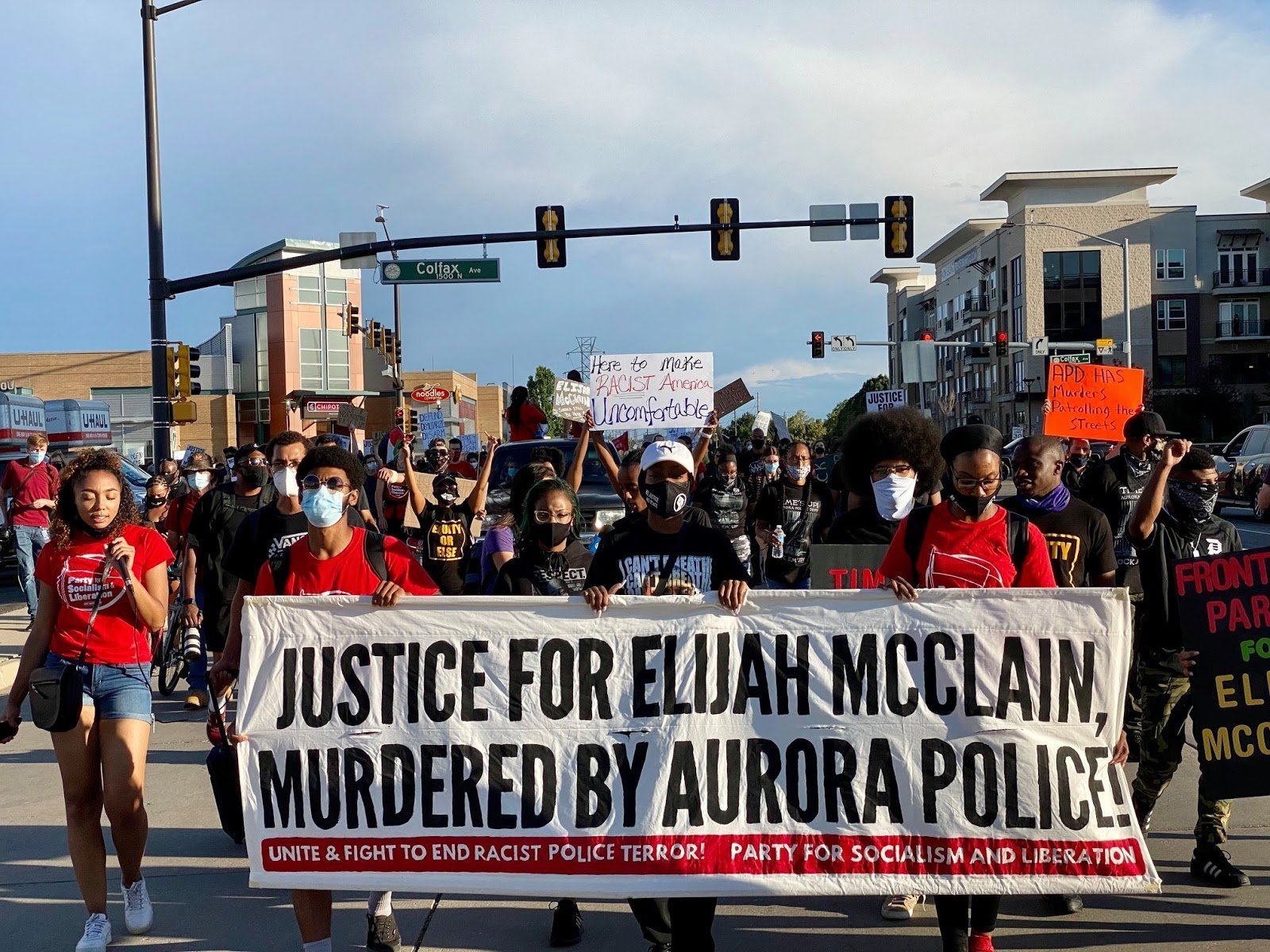 Police agencies in the Denver area arrested anti-racist organizers in a coordinated assault. People were arrested in a Home Depot parking lot, at their homes, and after they were pulled over while driving. Those arrested were the leaders to demand justice for Elijah McClain, who was brutally murdered by the Aurora Police Department. They are facing multiple felony charges and years in prison in an obvious frame-up aimed at stopping the movement for justice for Elijah McClain.

Four of those arrested are members of the PSL. They are facing multiple serious felony charges and many misdemeanors including the bizarre and ludicrous charge of “kidnapping,” all because they have organized large Black Lives Matter protests. This is a major political attack on the movement and the PSL. Please donate to help mount a mass campaign to defeat the phony charges on these PSL organizers and win their freedom.