We are calling on all individuals and organizations who care about justice and free speech to unite in this fight to defend the protest movement. More than ever, it is crucial that we stand together and united to say that “an injury to one is an injury to all,” that we will not be intimidated and that we will rally behind all those who are being targeted for fighting for racial justice. 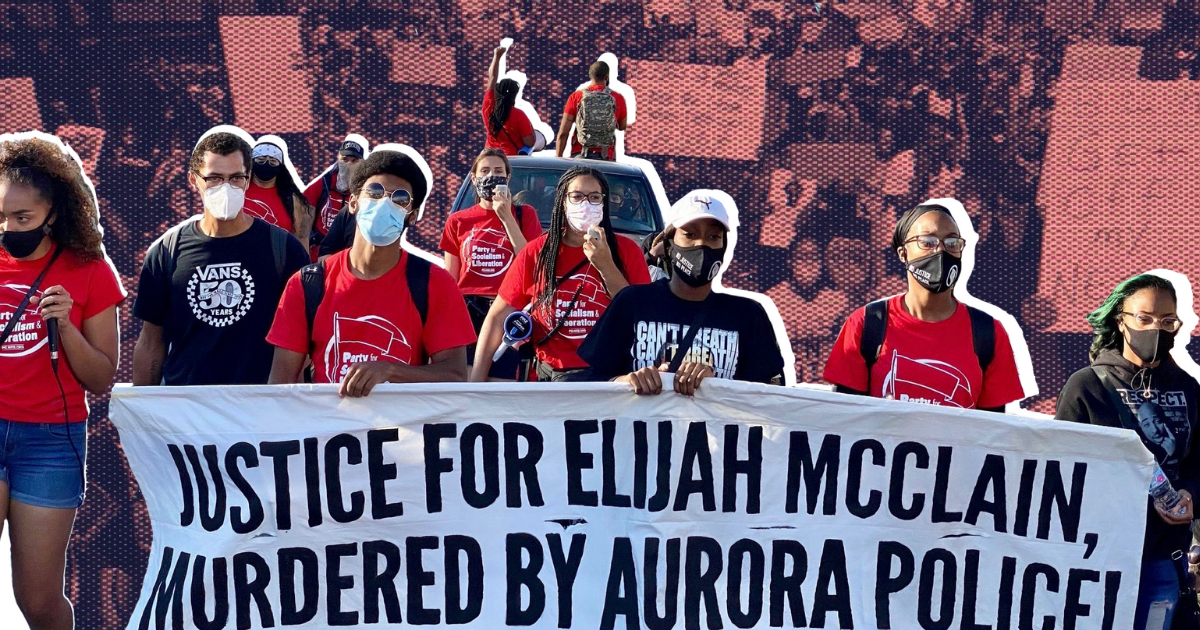 We, the undersigned, stand in solidarity with the anti-racist organizers who were arrested in Denver, Colorado as part of a coordinated police operation. We demand that the charges against them be dropped.

On Sept. 17, several protest leaders, including four members of the Party for Socialism and Liberation, were arrested in Denver, Colorado in a coordinated police attack. The organizers now face over 30 bogus charges including “kidnapping” and “inciting a riot,” and potentially years in prison. They were targeted because of their dedicated organizing efforts in recent months to denouncing the police murder of Elijah McClain in Aurora, Colorado.

The same District Attorney, Dave Young, who has refused to charge the police officers who murdered Elijah McClain, directed these felony arrests of the organizers who have been protesting against him. He is engaged in a corrupt abuse of his authority to silence his critics and the demands for racial justice, a declaration of war against the First Amendment.

This attack is part of a larger assault on the anti-racist movement directed from the White House, Governor’s mansions, and local governments and police agencies around the country.

We understand that this can happen to any protester, who has used their voice to mobilize in the mass movement against racism in every single corner of the United States. We stand united against this attack on civil liberties and the ongoing movement for Black Lives.

* - listed for identification purposes only