Conference on Socialism: We Need a New System!

JOIN THE STRUGGLE FOR REVOLUTIONARY CHANGE!

Poor and working people in D.C., across the United States and around the world face exploitation and oppression every day. These are not just “facts of life”—they are symptoms of an oppressive society. 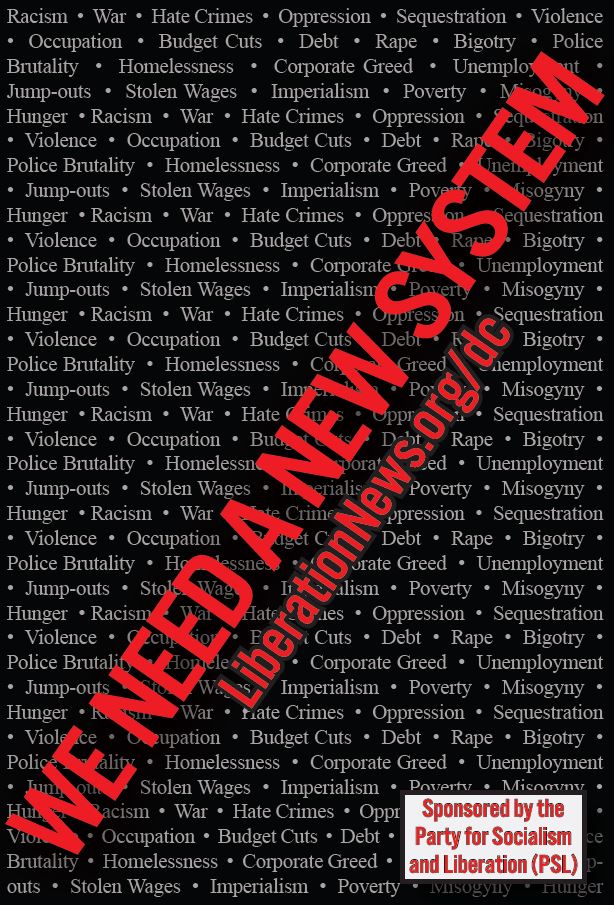 Schedule for the day:

Join the Party for Socialism and Liberation (PSL) to discuss how we can build a better society: